The nearest Robert Duncan got to literary success… 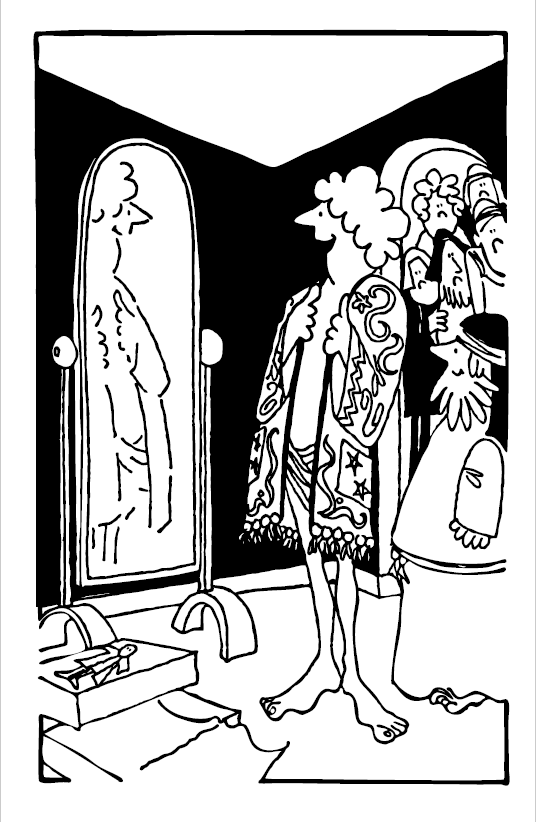 Back in 1976, when the world was young and my distinguished white hair was salt and pepper, I decided to write a children’s book. When I chose my subject a lot of people asked me if I was terribly religious (which I am rather) but I had to tell them that I chose the subject of the Bible for other reasons. One was that I knew it was the world’s best-selling book, and my slimy little marketing brain told me that if I could get a small bit of that action my future would be secure. The other more worthy reason was that the main stories of the good book were full of visual action and adventure, with lots of boats, animals, fiery furnaces and worryingly bad people. The sort of stuff that literary dreams are made of.

In a tiny room at the top of the stairs in my home in Pinner I set to, writing in long hand deep into the night and chuckling to myself because I found humour from an almost entirely untapped source. Add to that the fact that I was getting rather good at cartoons, and my project’s success seemed assured.

My mum, God bless her, was a very good, kind and religious person – so with a certain amount of trepidation I offered her the completed manuscript. I needn’t have worried. She phoned up in tears and said it was one of the most beautiful things she’d ever read. I had arrived.

Her favourite vicar, who had married me to my first wife, agreed to read the good book, and check the accuracy of the detail. This produced an unexpected offer, when he asked me to join him in a special Sunday service where I was to read a few passages of Once Upon A World (for that is what I decided to call it in a divine moment of inspiration). On a cold Sunday night, to a packed congregation, I delivered.

At this stage I hadn’t got a publisher, but I was working a lot and laughing a lot with John Adams of John Adams Toys fame, and his lovely wife Sue, and they had just decided to create a publishing arm to their trendy and successful toy company. I assured them that Once Upon A World would fit in perfectly, and miraculously they agreed.

Exciting times followed. The book was read out constantly on radio (including a near perfect rendition of The Creation by Terry Wogan’s beloved John Marsh) and I submitted to an in-depth interview on LBC by Bob Holness, who agreed to show up at a local book signing. His fame on Blockbusters (can I have a P please Bob) assured record attendances and sales.

W.H.Smith sold quantities of the little paperback, and it was reviewed favourably by almost everyone. Beryl Downing of the Evening News said “One of the most enchanting collections of Bible stories for children.” Other helpful comments came from the Church of England Newspaper ” I had not appreciated what an amusing book the Bible is until I saw it through Robert Duncan’s eyes!” Times Educational Supplement “The book is ideal for bedtime reading.” Book Window “Interesting, amusing and clever. Well worth reading.” Christian Herald “As soon as a child is able to read, this is just the book to place in its hands.” Etc…

I was in Heaven, which curiously was the subject of my slim volume.

A reprint was soon organised, and another one several years later, when a distributor in Kuala Lumpur took 40,000 copies for no apparent reason (so I’m now big in Kuala Lumpur).

To complete this success, which probably made me insufferable, a great bloke (who became an important friend) called Clive Jacobs picked up on Once Upon A World and featured it on his Sunday morning Radio 4 programme Sunday. Soon he had decided to record it and approached Bernard Cribbins to voice it. He said no (stupid sod) so Tom Baker was approached and turned it down (same applies). Finally Clive’s company went for John Le Mesurier, who they thought would be perfect but he was so involved with Dad’s Army that he probably wasn’t affordable, and he said YES!

Totally delightful recording sessions followed, where John muttered his way through the instructions, and then delivered gold in his gentle and perfect voice.

Bang up to date now. The John Le Mesurier recordings have been re-mastered courtesy of an ex-BBC bloke called Andrew Sewell and are currently available on Amazon.

I have frequently considered re-illustrating the book in my style of today and reissuing it – and I have finally realised that the simple 1970s cartoons have a naive charm, and should be cleaned up a little and saved. So Once Upon A World could be out there again any time for a new generation of eager punters to get their hands on.

After all, Little Charlotte read every word. My then bank manager’s daughter listened to the cassettes every night between the ages of five and thirteen. And Sir Tim Rice used to read it to his daughter when he wasn’t rushing off to produce another musical.

And currently I read it every night to Jamie, because he loves it.

Once Upon A World. It’s a nice little book…