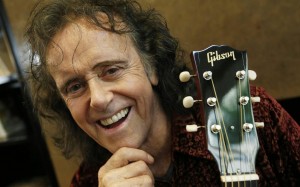 My oldest and dearest friend Duncan is a bloke who was so utterly daft in the sixties (as was I) that it’s hard to believe he could have found employment at all, let alone hold down an impressive international position, advising local government in Ukraine, and writing worthy books on the subject. Not like the tosh I churn out occasionally. And before you ask, he had nothing to do with the fact that Ukraine won Eurovision this year.

So far, dear reader, you are asking yourself (or discussing it at length in a crowded smoky coffee house) what has the Duncan character got to do with the title of this pithy article. That’s pithy. Well the answer is this. When I heard that Donovan of Catch the Wind (1966) fame was doing a seventieth birthday gig at the London Palladium, I naturally thought of inviting the Ukraine connection along, instead of dragging poor long suffering Cathy to the event. Then she said she’d like to go – it could be as unexpectedly good as the Kinks musical Sunny Afternoon.

So it was all fixed. Said lady came back from school early (she’s a teacher there – she’s not that young) and we left to make the incredibly early 7pm start. On the way we established that the spectacular, with its inevitable Mellow Yellow, Sunshine Superman, Jennifer Juniper playlist was to actually start at 7.30. All parked up, quick taxi ride to the venue, and we were standing outside the theatre just before seven.

“Just time for a burger” said Cathy, with her usual knack of saying totally the right thing at the right time.

Commercial break now. Five Guys is simply the best burger joint we have ever been to. Maybe a little expensive, but when you see the size of this double burger with its melted cheese, heavenly crispy bacon, wide choice of add-ons, and chips that must have shared the bacon’s bus ride from heaven, you know. You just know.

We polished off these masterpieces quicker than they deserved and dashed to the Palladium, only to be told the show didn’t start until 8pm. Regretting the fact that we had rushed those prime examples of the burger master’s art, we repaired to the bar. Oh well, we still had Donovan to regale us with his beautiful pure voice.

Not so. We got in and were told by a miffed fan that the man wouldn’t be on until nine. A stupid girl bounced on stage doing a totally indifferent rap about Donovan’s life and seedy past, which made me regret Cathy’s presence. More deep regrets were to follow. A classical guitarist came on and played for ages, followed by a poet who read some Dylan Thomas for some unknown reason. Presumably because he was Welsh and Donovan’s Scottish. Daft girl bounced on again and introduced an antique poet who spouted out such utter drivel, annotated with wailing noises on a kazoo, that we once more repaired to the bar. We weren’t alone. Soon there were more people in the bar than the theatre. Someone said it was like a school concert.

The word soon got round that Donovan wasn’t coming on until ten past nine.

Could we stay awake?

You know that business when you aren’t expecting too much and it turns out to be wonderful? Well it wasn’t like that. The man sung most of his songs in a turgid tuneless manner, reminding me of other superstars who should have been told to quit ages ago – like Paul McCartney. Nothing was added to those lovely old sixties songs. Loads was taken away by bad singing, boring name dropping stories and, I suspect, a total lack of interest. Sad evening. Albums going to be put on the naughty step when I got home. Not even a programme to buy. Hmmm…

Home for a midnight drink and an Eastenders catch-up. Wot’s goin on?

PS: you may remember that I have mentioned my award winning animated version of Edward Lear’s The Jumblies a few million times? https://goo.gl/4htAyd

Well I had the idea of following that triumph up with another Lear piece, The Owl and the Pussycat. On the HMS Donovan album is a lovely little musical version of said poem and I thought this would make a great soundtrack for my next adventure. I got in touch and he said he would rather not, as it was about to be the fiftieth anniversary of his launch on Ready Steady Go and there was bound to be a fuss, loads of publicity, and a distinct possibility of an animated Owl and the Pussycat. Any news of that?

And Don, should you happen to read this, I’d still love to do it and my videographer Alan is all keyed up.

No longer a seventies cliché… 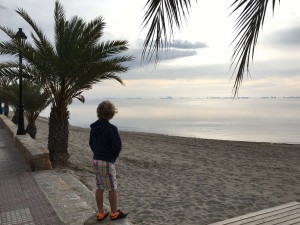 I think it was Jess Conrad who recorded a song called that – right after his other classic ‘This pullover.’ (Found a wi-fi signal now. So I was wrong – it was actually Steve Bent in 1976, Sharing Jess’s listing in Kenny Everett’s Bottom Twenty. Tell you about my work with Cuddly Ken sometime.)

Way back then Spain was considered a bit of a joke. It was all absurdly crowded beaches surrounded by terrible high rise hotels and multi storey car parks (hard to tell the difference. I stayed in one once – ended up being towed away, and I didn’t even have a car.) There were English pubs, fish and chip shops and Celtas cigarettes at 6d for twenty. It was embarrassing to admit that you’d been there.

But that was then. The years have been incredibly kind to Spain, and the country has been incredibly kind to itself, and is now wonderful. Natural beauty, a stonking road system and some of the most delightful seafronts in the world. Add a predictable and placid climate, with a lack of humidity that would make the Caribbean jealous, and you have the perfect destination to head for if you have holidaying in mind. Ok, the aforementioned beaches probably still exist, but they no longer have that tired yellowing Kodachrome look that the travel brochures used to wave despairingly in front of our noses.

Today’s Spain is cool. You will always find a café with a warm welcome, tapas and a friendly gin and tonic served in a glass like a bowl with a stem.

And all this is building up to the fact that Spain has become so utterly fabulous since those miserable seventies days, that the Duncan family not only grace the place with our presence, but actually own a little pad down there near Murcia. Swimming pool about twenty yards away, a cute little town called Sucina about five minutes away, and a wide choice of dream destinations around the Mar Minor within spitting distance.

What we do is this. We cram the car with Cathy’s latest taste in curtains, candles, pictures, cooking utensils and new bikinis. Add the boys and us and head down to Portsmouth to pick up the Brittany ferry that will whisk us down to Santander or Bilbao (where there’s a hilarious museum called the Guggenheim, where artists can break the rules by very nearly fooling all the people all the time.) We drive on board and before you know it we have dumped the suitcases in our neat little cabin (where you can have a porthole for a bit extra) and it’s off to the bar for wine, Pringles and watching Portsmouth, with its wonderful Spinnaker Tower, disappear into the romantic sea mist.

The journey takes about 24 hours, by which time we have enjoyed a dinner which is about a hundred times better than it need be, at a lovely table by a window, slept well (unless the Bay of Biscay is playing up) had a fantastic breakfast (unless the Bay of Biscay is playing up) and landed on Spanish soil, rested and ready for the nine hour drive to our gorgeous pad. This we do in bite-size chunks, with plenty of coffee and comfort breaks (as those extraordinary transatlantics say) and arrive, tired but happy, in the underground car park that has a lift that takes us direct to our door.

On our last visit several exciting things happened – I painted a very big picture that now graces our lounge. Cathy remade all the beds and then announced our bed wasn’t big enough so we bought another. Sam (who flew in later because of school commitments) gave the place his wholehearted blessing because the wifi worked so well. Jamie fell into the pool, which was numbingly cold but he came out giggling. We cooked at ‘home’, ate out alfresco, caught up with wonderful friends and stood apprehensively as one of these friends put up some shelves for us.

And it was time to go home. For details of the return journey simply reverse the description a few paragraphs back. The Bay of Biscay was playing up, so small white bags were in evidence – except for Sam who slept through the whole thing.

Lovely wonderful time. Jamie still says he wishes we were back there, which we will be for August, and the rest of us agree.

Spain has really got its act together – like an end of pier comedian who has moved on to Shakespeare, having shaken off the critics who suggested he could never make that gigantic transformation.

I could show you about five hundred carefully composed photos to prove how beautiful this lovely country is, but for this in-depth article I will show you only one.

And it’s not of pop balladeer Steve Bent…